Dorset has it all, from relaxing slow-moving rivers to waves along the Jurassic coast that are ideal for SUP surfing.

The Dorset paddle boarding scene is increasing in popularity, partly due to an increase of UK staycations and somewhat because everyone’s caught on to how beautiful the British coast can really be.

With stunning landscapes and water conditions for all types of paddlers, it’s really no wonder why people are grabbing their SUPs and heading out for a paddling adventure all over Dorset.

So, whether you live in the UK or visiting from overseas, we’re going to get into the best places to paddle board in Dorset, so you don’t miss out on any of the fun. The Christchurch Harbour to Mudeford Spit paddle is roughly a 10km route, but with numerous launch points along the river, it can be shortened to suit you and your abilities.

You can start the route by either paddling upriver from Mudeford Quay to the Iford Bridge or downriver, beginning at the bridge and ending your paddle in Mudeford.

Cafes, picnic areas, and pubs are dotted just a short walk away from the river, and we highly recommend stopping at the Tuckton Tea Gardens or the Iford Bridge Pub once your paddle is over.

From the water, you’ll catch glimpses of a range of different bird species, the 11th-century Priory Church, and once you near the mouth of the river (on a clear day,) you’ll be able to see the Isle of Wight in all its glory.

As this is a river, it’s best to time your paddle with the tides and head out when the tide is coming in; doing this will make your journey a lot easier.

Parking and launching points are readily available, with the large Mudeford Quay Car Park at the Mudeford end of the river and the Mayors Mead Car Park equipped with a launch ramp at the Christchurch Quay.

You can find other car parks closer to the Christchurch town centre, and you can even rent a SUP at a few different paddle board hire shops throughout the town. Greenhill Beach in Weymouth Bay is usually less crowded than Weymouth's sandier beach due to the pebble build-up along the sand. If you want to relax on the sand, pebbles may be an issue, but if you just need a launch point for your SUP, the quieter Greenhill Beach would be the perfect location.

Even though Portland slightly shelters Greenhill Beach, you can still expect some small waves, but they’re nothing that a well-balanced SUPer can’t handle.

Backing the beach are the Greenhill Gardens, with picnic areas, tennis courts, putting greens, toilets, and a cafe, so you can really make a day of your SUP trip and enjoy all the amenities that the beach and its gardens offer.

Lodmoor is the closest pay and display car park to Greenhill Beach, and if you’re an early bird, you may even be able to nab a free roadside parking spot. Hive Beach in Burton Bradstock is a popular fossiling location along the Jurassic Coast, with fossils of sea creatures regularly being found at the beach and surrounding nearby cliffs.

As the beach is a shelving shingle, swimming in the ocean can sometimes be dangerous due to steep shelves and a strong undertow, so it’s best to be cautious while paddling here.

You can find a car park at Hive, and public toilets are also open and available on the same schedule as the Hive Beach Cafe. A few miles east of Lulworth Cove is Kimmeridge Bay which features rock pools, clear waters, and many many fossils. As the waters at Kimmeridge Bay lie in a Marine Special Area of Conservation and are teeming with living wildlife and fossilized wildlife, it is a popular snorkeling destination so it’s best to pack your snorkel gear and jump in the water for a refresh mid way through your paddle.

For the most part, the bay is sheltered, but occasionally there are strong enough winds that can produce large waves, attracting the local surfers and windsurfers.

An easy to access launch site is available in the bay not far from the beach’s car park, and there are also toilet facilities nearby should you need them. Lulworth Cove and the iconic Durdle Door are well-known locations along the Jurassic Coast, and paddling through the historic cliff archway is truly one of a kind.

The most convenient launch site to reach Durdle Door is from the single beach at Lulworth Cove. Lulworth’s car park, toilets, and cafes are a slight walk away, so it’s best to pack a lightweight or paddle board.

Water conditions at Lulworth tend to be flat due to the shell-shaped cove that shelters the beach and water from strong winds, so it’s perfect for experienced and new paddlers who are just starting out on their SUP journey.

It is important to note that Lulworth Cove and Durdle Door are extremely favored destinations in Dorset, so it’s best to get there as early as possible to beat the crowds. Lyme Regis is a historic seaside town and lies in the heart of the Jurassic Coast, between West Dorset and East Devon.

The beaches in Lyme Regis are a mix of sandy and pebble beaches, Monmouth and the Town Beach being pebbly and the Cobb being sandy. If you choose to paddle at Cobb Beach, make your way over to the iconic Cobb Harbour wall and take in the beauty of the coastline from the water.

The closest car parks to the beach at Lyme Regis are the Monmouth Beach and Cabanya car parks, which are a short 2-minute walk from the beachfront.

You can even find SUP lessons, paddle board rentals, and paddle boards for sale near the beachfront if you didn’t bring your own board. Overcombe is a shingle and sand beach around two miles east of Weymouth and is popular with kayakers and windsurfers. As there are waves at Overcombe, especially on windy days, the water conditions may only be suitable for experienced paddlers, but it’s best to do your research before heading out.

Behind the beach is a large grass area, a cafe, and toilets available to the public. In peak season, free parking spaces along the road get snapped up quickly, but you can find further parking at Lodmoor Country Park. Ringstead Bay has nearly half a mile of shingle beach, with rock pools on its western side and a reef close to the shoreline.

Unspoiled farmland and cliffs encircle the bay, and for the best views of the white chalk cliffs and coral beds, it’s best to head out on the water.

Free parking is available in the National Trust car park, but it is quite a walk away. You can also park in the village; however, this is expensive, especially in peak season. Poole Harbour is the world’s second-largest natural harbour, and stand up paddle boarders can take in the beautiful scenery and bird species after launching their boards from Shell Bay.

One of the most recommended things to do in Poole Harbour is to paddle between the individual islands or head over to the nearby Bramble Bush Bay and float along in the calm shallow waters. Portland Harbour is relatively sheltered, but waves aren’t uncommon when the winds are strong. Head to the Castle Cove Sailing Club for the best launch spot, where the beach is sandy and occasional parking is available at the club’s entrance.

From the water, you can take in beautiful views of the Jurassic Coast and landmarks like the Portland Castle before heading for a coffee in one of the local cafes. The River Frome is Dorset’s second-longest river and flows from Evershot, all the way to Poole Harbour. Stand up paddle boarding down the river is leisurely, and the water banks are lined with chalklands, meadows, and open valleys to truly immerse you in nature.

Wareham Quay is one of the best places to launch your board on the river, with picnic areas, parking facilities, and riverside walks along the river’s banks. Sandbanks is known to locals as having one of the best beaches in Britain and some of the most expensive real estate in the world.

Continuing on from Poole Harbour, you can launch your SUP at Sandbanks and paddle over to Brownsea Island, home to the rare red squirrels and hidden beaches, or for a slightly shorter paddle, paddle over to Shell Bay opposite the Sandbanks car park.

Beginners will find the waters at Sandbanks easy to paddle on as the harbour side is sheltered and the waters are only a few feet deep. To get the best views of Old Harry Rocks, the three chalk rock formations that Studland is famous for, you should launch your SUP from South Beach for a short paddler, or Middle Beach for a longer paddle.

The beaches throughout Studland are sandy, and because of this, they get extremely busy throughout the summer months.

Cafes and car parks are available at different points along the beaches at Studland where you can stop for an after-paddle coffee or traditional British fish and chips. The waters of Swanage Bay are surrounded by sandy beaches, beautiful hills, and staggering cliffs meaning there is always something to look at while you paddle past.

Launch your SUP from the Swanage Pier, which has toilets and the Broad Road car park nearby for easy access to the water.

The water is calm in Swanage Bay, and RNLI lifeguards even cover some parts of the beach in the summer months, so if you’re new or nervous about stand up paddle boarding, it would be a good idea to paddle in one of these areas.

West Bay and the River Brit The River Brit flows into West Bay, giving you two excellent paddle boarding locations in one. The bay has incredible views of the nearby yellow cliffs that featured in the crime drama Broadchurch and the River Brit has twists and turns to keep your paddle exciting.

There is a launch point next to the West Bay River Boats, and if you’re lucky enough, you’ll even catch glimpses of different fish species and otters.

Paddle up 4km to Bridport, where there are many food options like the Crab House Cafe, which serves sustainable seafood right from the waters along the South coast. 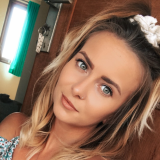 Top 11 Dreamy Places To Paddle Board In Finland

10 Best Places to Paddle Board in Austria